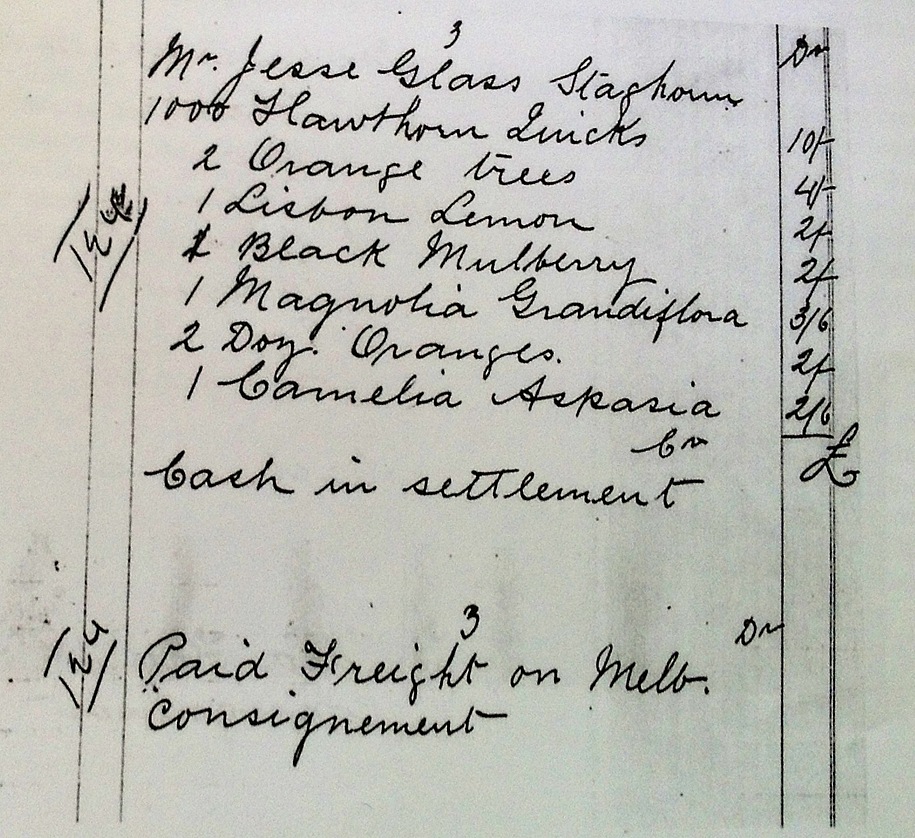 Jesse glass the original owner of the family farm acquired his land circa 1856. He had arrived from Wiltshire UK, and initially earned a tidy living growing vegetables and producing meat for the local gold miners. Timber was also cut and sold to fuel the gold dredges on the nearby river.
Today the property produces beef cattle and is run by Jesse’s great-grandson.

The Magnolia grandiflora listed on Jesse’s 1850’s nursery order is believed by the family to have now celebrated its own sesquicentennial. The large spreading tree is a valued part of the farm landscape.