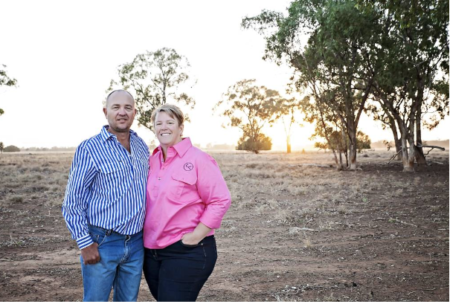 The Wye  family story began in 1917 when Sidney Wye took up a 2227 ha, a Soldier Settler block .Sidney had returned from World War I service having been wounded at Anzac Cove, Gallipoli on April 25, 1915 .Yetamba, producing livestock and grain, is now run by the third and fourth-generation of the family John and Monique and their family.